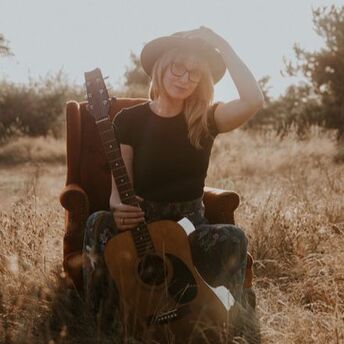 Vancouver-based singer/songwriter Leah Barley offers stirring original songs that evoke both the jubilation and heartbreak inherent to classic folk and country music. An accomplished banjo player as well as guitarist, Barley creates a sound as affecting today as it was a century ago.

Her first full-length album Bring Out Your Dead, released in October 2020, almost perfectly balances Barley’s light-and-shade approach to songwriting. It’s all a product of Barley’s love of old-time country and bluegrass, which inspired her to pick up the banjo in her early twenties while living in Canmore, Alberta.
After a couple of months getting her feet wet at open mic nights, she released the first of three EPs in 2010 after moving to Vancouver. Since 2013, Barley has played in many parts of Canada, both solo and with other bands on the festival circuit, and was a featured performer at JUNOfest 2018, as well as on CBC Music.

Bring Out Your Dead will brilliantly serve as Leah Barley’s calling card, and formally mark the arrival of a vital new voice in Canadian roots music.
"Beautiful song, beautiful album." George Stroumboulopoulos, CBC Radio, said after playing Bring Out Your Dead on The STROMBO show, Oct 25, 2020

"Feisty and fearless, Leah Barley is one of those performers who really shares her soul on stage. I've seen it time and again how she turns a restless crowd into a rapt audience with her contagious joy and songs of deep vulnerability."
- Kristia Di Gregorio

"Leah Barley has a boldness to her performance that cannot camouflage the emotional sensitivity of her music. She takes heartbreak, and makes you wanna dance to it. Her songs will simultaneously inspire, and melt your heart."
- Marina Lagacé
"Leah Barley lights up our stage at LanaLou's. Her performances are always warm, inviting & memorable."
Lana - Lana Lou's Rock & Roll Eatery, Vancouver, BC
For a list of all upcoming and past shows
click here